Futures contracts for gold prices fluctuated in a narrow range that tends to rise during the Asian session, to witness its rebound to the fifth session in seven sessions from its lowest since the second of July, amid the decline of the US dollar index, indicating its stability near its lowest in more than two and a half years according to the inverse relationship between them On the cusp of two developments and economic data expected today, Tuesday, by the US economy, the largest economy in the world.

Investors are currently awaiting the American economy to reveal the final reading of the productivity index and the cost of one work, and it is expected that the reading of the productivity index will confirm a rise of 4.9%, with little change from the preliminary reading for the third quarter and against a growth of 10.1% in the previous reading for the second quarter, while it may confirm The cost index reading decreased 8.9%, unchanged from the previous preliminary reading, and compared to a growth of 9.0% in the second quarter.

On the other hand, last weekend we followed the report that touched upon the fact that Washington is preparing to impose sanctions on some Chinese officials as part of the series of renewed tensions between the two largest economies in the world, and this comes in conjunction with the continuing outbreak of the second wave of the Corona virus globally, which has dominated in one way or another On the optimism of the imminent availability of vaccines for the coronavirus in the coming period.

It is expected that the advisory committee at the US Food and Drug Administration (FDA) will meet next Thursday to consider approvals for Corona vaccines, specifically the joint vaccine for each of the American company Pfizer and the German company Bio-Tech and the American company Moderna vaccine, which previously announced that it had submitted a request for approval For its vaccine in America and Europe, in order for Tibet to grant permission for these vaccines to use emergency or not.

Gold price suffered significant losses yesterday to attack 1838.00 and reach 1825.00, but we note that the price closed the daily candlestick above the first level, which keeps opportunities available for the continuation of the main bullish trend, especially since the stochastic indicator is providing clear positive signals now.

Thus, we expect to witness positive trading in the upcoming sessions, and targets start at 1850.00 then 1870.00, bearing in mind that breaking 1838.00 will stop the expected rise and press the price to turn downward.

How to start Forex and CFD trading 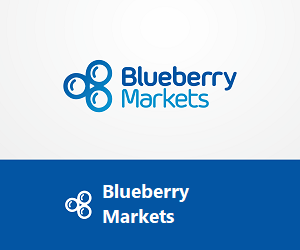